[update 20170820: the interactive online table now includes the 7 most often mentioned ‘other’ tools for each question, next to the 7 preset choices. See also heatmap, values and calculations for this dataset]

With the data from our global survey of scholarly communication tool usage, we want to work towards identifying and characterizing full research workflows (from discovery to assessment).

Previously, we explained the methodology we used to assess which tool combinations occur together in research workflows more often than would be expected by chance. How can the results (heatmap, values and calculations) be used to identify real-life research workflows? Which tools really love each other, and what does that mean for the way researchers (can) work?

Comparing co-occurences for different tools/platforms
First of all, it is interesting to compare the sets of tools that are specifically used together (or not used together) with different tools/platforms. To make this easier, we have constructed an interactive online table (http://tinyurl.com/toolcombinations, with a colour-blind safe version available at http://tinyurl.com/toolcombinations-cb) that allows anyone to select a specific tool and see those combinations. For instance, comparing tools specifically used by people publishing in journal from open access publishers vs. traditional publishers (Figure 1,2) reveals interesting patterns.

Another interesting finding is that while both people who publish in open access and traditional journals specifically use the impact factor and Web of Science to measure impact (again, this may be correlated with the activity of publishing, regardless of venue), altmetrics tools/platforms are used specifically by people publishing in open access journals. There is even a negative correlation between the use of Altmetric and ImpactStory and publishing in traditional journals.

Such results can also be interesting for tool/platform providers, as it provides them with information on other tools/platforms their users employ. In addition to the data on tools specifically used together, providers could also use absolute numbers on tool usage to identify tools that are popular, but not specifically used with their own tool/platform (yet). This could identify opportunities to improve interoperability and integration of their own tool with other tools/platforms. All data are of course fully open and available for any party to analyze and use. 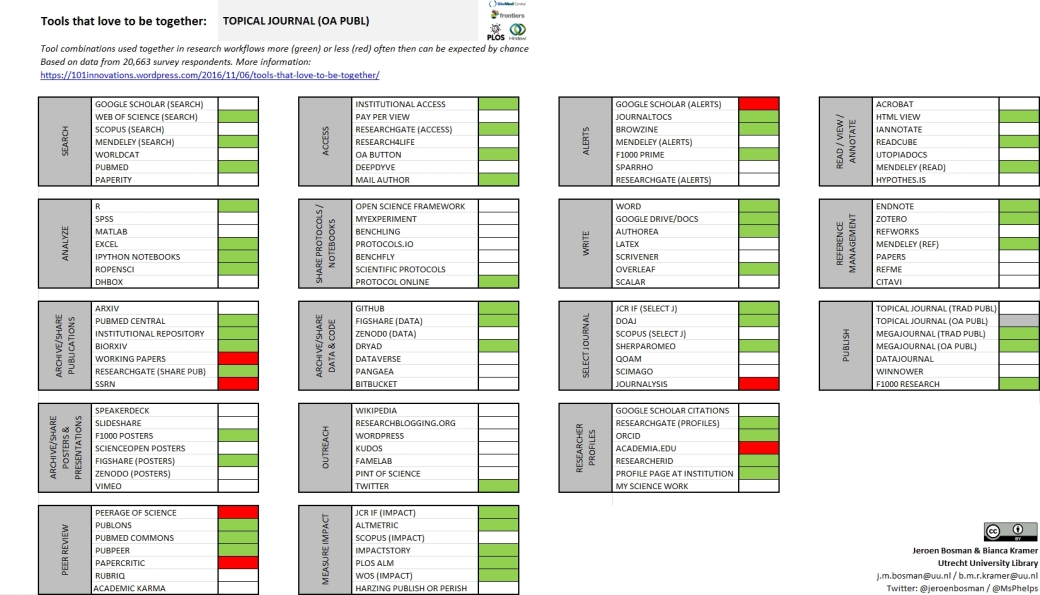 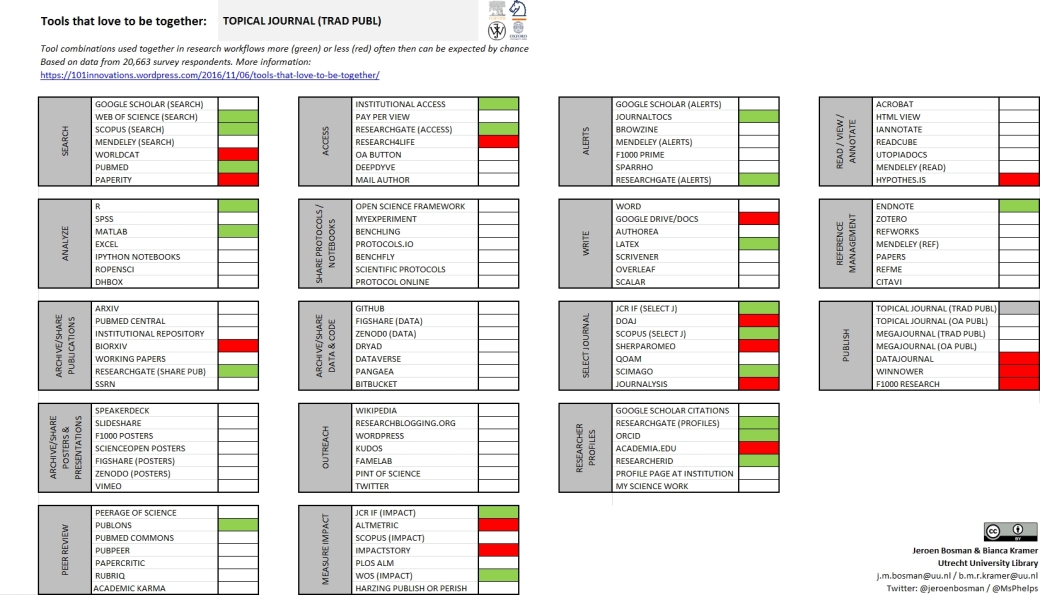 Towards identifying workflows: clusters and cliques
The examples above show that, although we only analyzed combinations of any two tools/platforms so far, these data already bring to light some interesting differences between research workflows. There are several possibilities to extend this analysis  from separate tool combinations into groups of tools typifying full research workflows. Two of these possibilities are looking at clusters and cliques, respectively.

1. Clusters: tools occurring in similar workflows
Based on our co-occurrence data, we can look at which tools occur in similar workflows, i.e. have the most tools in common that they are or are not specifically used with. This can be done in R using a clustering analysis script provided by Bastian Greshake (see GitHub repo with code, source data and output). When run with our co-occurrence data, the script basically sorts the original heatmap with green and red cells by placing tools that have a similar pattern of correlation with other tools closer together (Figure 3). The tree structure on both sides of the diagram indicates the hierarchy of tools that are most similar in this respect. 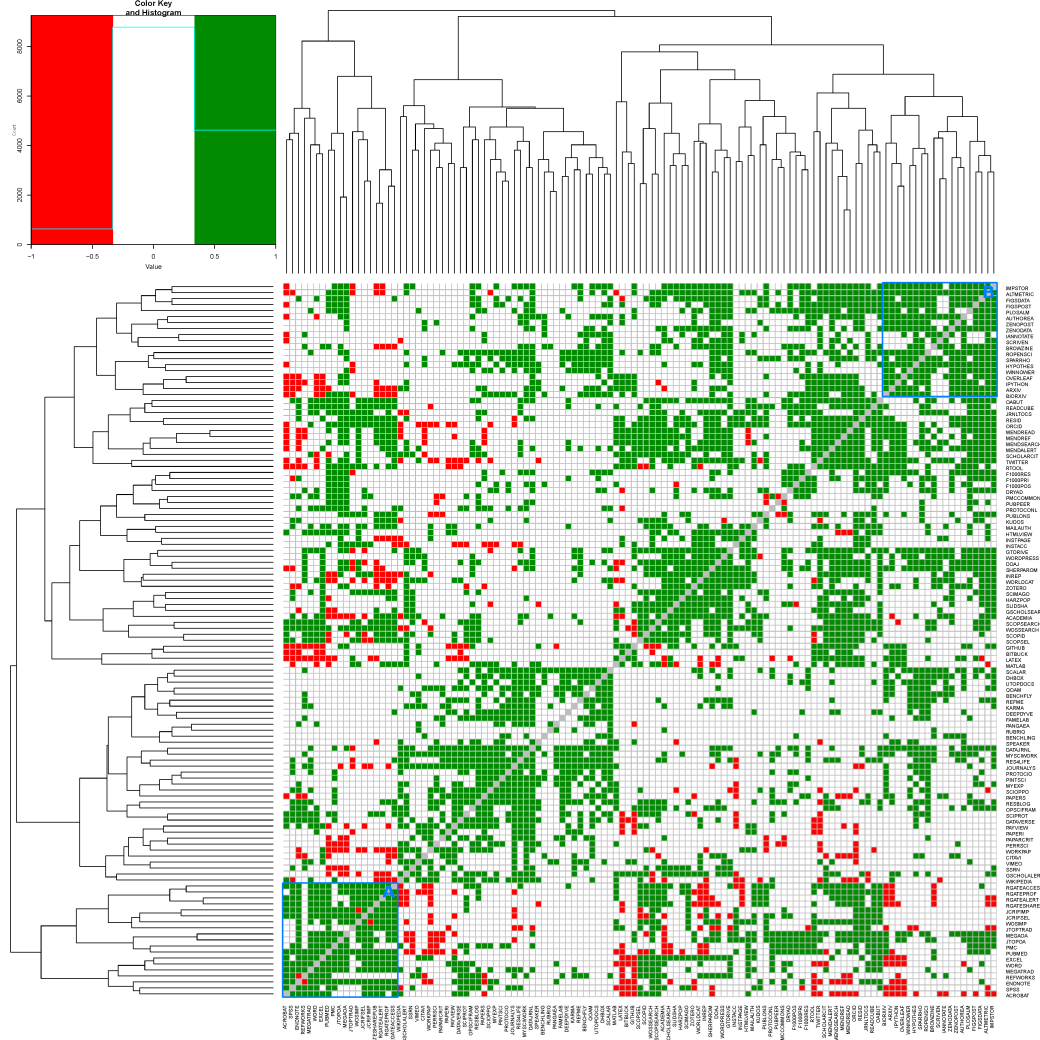 Figure 3. Cluster analysis of tool usage across workflows (click on image for larger version). Blue squares A and B indicate clusters highlighted in Figure 4. A color-blind safe version of this figure can be found here.

Although the similarities (indicated by the length of the branches in the hierarchy tree, with shorter lengths signifying closer resemblance) are not that strong, still some clusters can be identified. For example, one cluster contains popular, mostly traditional tools (Figure 4A) and another cluster contains mostly innovative/experimental tools, that apparently occur in similar workflows together. (Figure 4B). 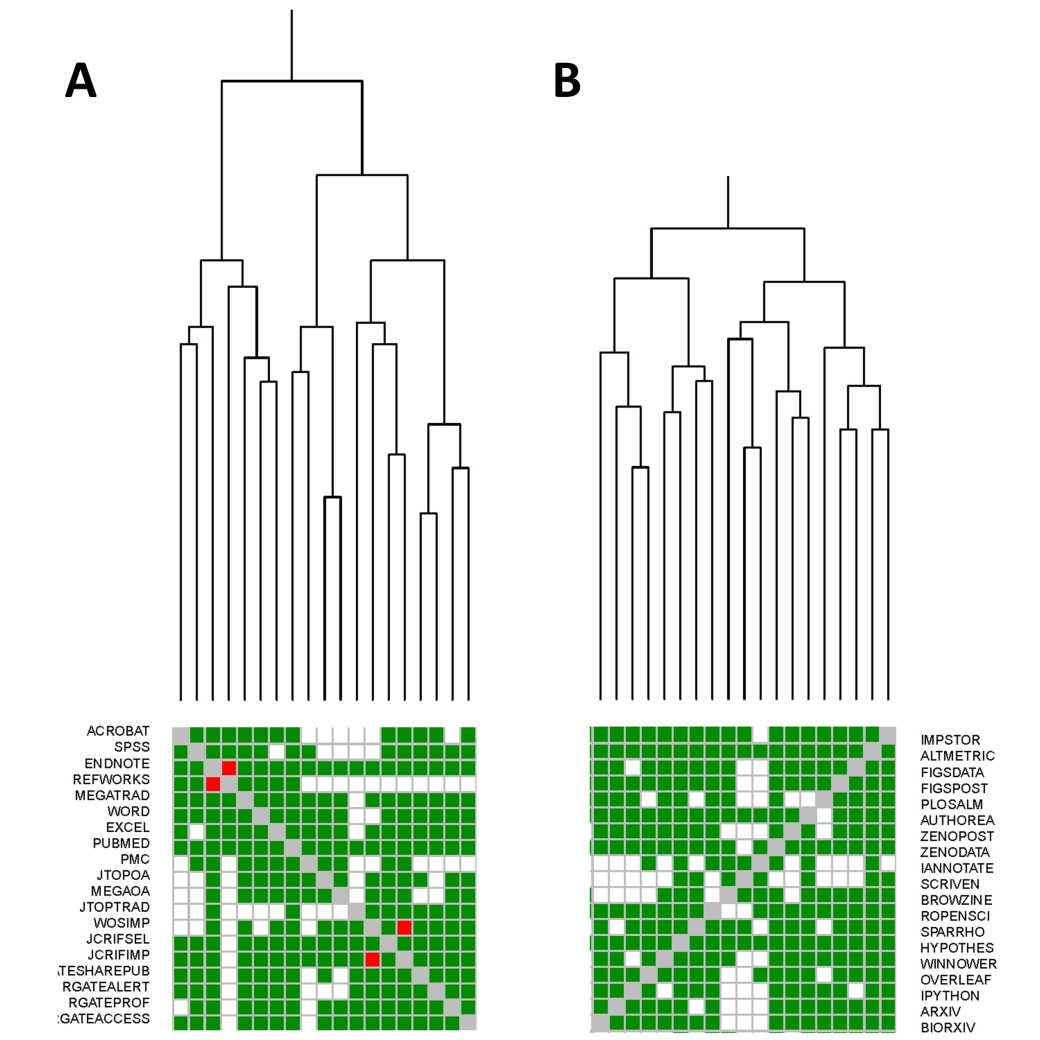 Figure 4. Two examples of clusters of tools (both clusters are highlighted in blue in Figure 3).

2. Cliques: tools that are linked together as a group
Another approach to defining workflows is to identify groups of tools that are all specifically used with *all* other tools in that group. In network theory, such groups are called ‘cliques’. Luckily, there is a good R-library (igraph) for identifying cliques from co-occurrence data. Using this library (see GitHub repo with code, source data and output) we found that the largest cliques in our set of tools consist of 17 tools . We identified 8 of these cliques, which are partially overlapping. In total, there are over 3000 ‘maximal cliques’ (cliques that cannot be enlarged) in our dataset of 119 preset tools, varying in size from 3 tot 17 tools. So there is lots to analyze!

An example of one of the largest cliques is shown in Figure 5. This example shows a workflow with mostly modern and innovative tools, with an emphasis on open science (collaborative writing, sharing data, publishing open access, measuring broader impact with altmetrics tools), but surprisingly, these tools are apparently also all used together with the more traditional ResearcherID. A hypothetical explanation might be that this represents the workflow of a subset of people actively aware of and involved in scholarly communication, who started using ResearcherID when there was not much else, still have that, but now combine it with many other, more modern tools. 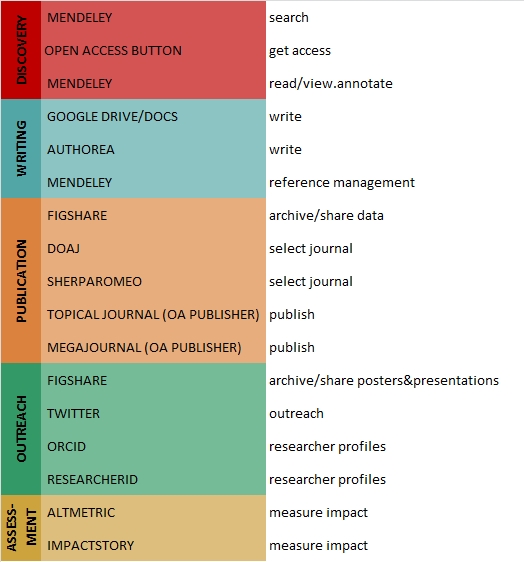 Figure 5. Example of a clique: tools that all specifically co-occur with each other

Clusters and cliques: not the same
It’s important to realize the difference between the two approaches described above. While the clustering algorithm considers similarity in patterns of co-occurrences between tools, the clique approach identifies closely linked groups of tools, that can, however, each also co-occur with other tools in workflows.

In other words, tools/platform that are clustered together occur in similar workflows, but do not necessarily all specifically occur together (see the presence of white and red squares in Figure 4A,B). Conversely, tools that do all specifically occur together, and thus form a clique, can appear in different clusters, as each can have a different pattern of co-occurrences with other tools (compare Figures 3/5).

In addition, it is worth noting that these approaches to identifying workflows are based on statistical analysis of aggregated data – thus, clusters or cliques do not necessarily have an exact match with individual workflows of survey respondents.Thus we are not describing actual observed patterns, but are inferring patterns based on observed strong correlations of pairs of tools/platforms.

Characterizing workflows further – next steps
Our current analyses of tool combinations and workflows are based on survey answers from all participants, for the 119 preset tools in our survey. We would like to extend these analyses to include tools most often mentioned by participants as ‘others’. We also want to focus on differences and similarities of workflows of specific subgroups (e.g. different disciplines, research roles and/our countries). The demographic variables in our public dataset (on Zenodo or Kaggle) allow for such breakdowns, but it would require coding an R script to generate the co-occurrence probabilities for different subgroups. And finally, we can add variables to the tools, for instance , classifying which tools support open research practices and which don’t. This then allows us to investigate to which extent full Open Science workflows are not only theoretically possible, but already put into practice by researchers.

One thought on “Stringing beads: from tool combinations to workflows”